On March 28, 2014, Art1st initiated a 3-day training workshop for art teachers at the Shiv Nadar School, Gurgaon. The workshop rolled out with a warm-up session involving a collective doodling exercise by way of identifying of forms within a massive squiggle. The most stirring narrative which was woven was that of a mythical being with an inverted eye which had ingested a bird and displayed a dinosaur egg as its headgear. This exercise opened up the eyes of the mind to a whirlwind of possibilities thereby liberating the teachers from airtight opinions and judgments in and around the ‘arty’ turf.

In other words, in a world becoming more and more organised around discipline and normal functioning have put the demands of confirming to the normative very high and this demand of confirmation is what these exercises challenge. They are not merely about thinking ‘out of the box’ or utilising perceptual capacities to full, they are geared more at expanding the horizons of perception and finding inner meanings to what bare eyes see.

This is exactly what one saw in the next session with ink blot test spanning across the session. In the first segment, respondents came up with nuanced inferences. The most striking amongst them was that of Cinderella with her flowing gown, hurrying down the palace with her slippers tossed on both sides. The other conspicuous rendition was the tale of the two ducks which was seen as two sides of the same coin. This implementation brought to the fore many a dream-like fabrication and the undefined possibilities of giving meaning and expression to that which ‘we see’. 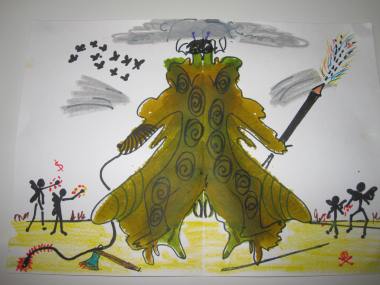 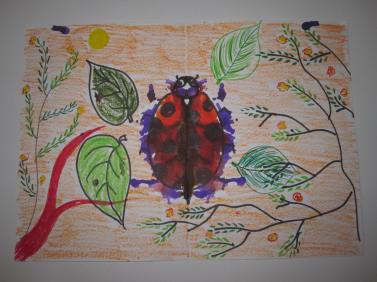 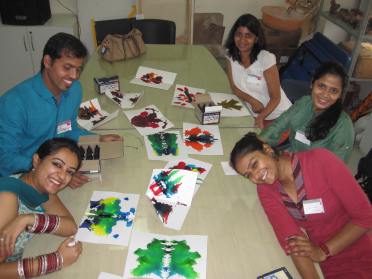 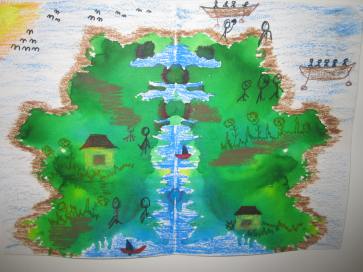 It was well received that a stimulus could generate myriad responses in the mind of an individual. The conjectures were left open-ended with no fixed parameters judging accuracy. In the group activity involving the ink blot test, interesting deductions were made, of which the ladybird under the hawk’s gaze drew great applause. It was novel in the way simple forms told the most uninhibited stories. The core spirit of the workshop lay in giving teachers the space to bear their minds open to the child’s receptive capabilities.

The message of the workshop was simple, or so it seems. It wanted to convey the fact that the same impressions, figures or virtually any aspect of visual world can be differently perceived by different people and therein lay immense potentials of plural interpretations and critical engagements. It further opens up the possibilities of unleashing the creativity hidden deep within everyone, repressed sometimes by fears of getting identified as the odd one out.