The drill started sharp at 11 am, with students walking in with excitement…..

They knew they had to finish their un finished works…

They had been asked to cut a square piece out of the two works they had done and interchange them by sticking “what I am?” on to “what I am not?” and vice versa, which they immediately did. 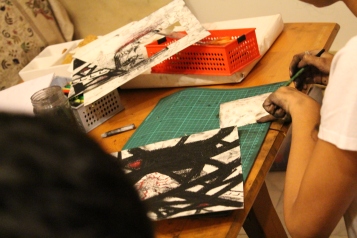 And just when they thought the work was done………

Then the Mentor asked them to cut images out of the magazines that they had been asked to get, because, now, they had to use the cuttings to join the two separate works that the each child had done.

That meant there still was a long way to go, before the work could be deemed complete……….

Students spent 4 straight hours meticulously cutting, pasting, weaving, and stitching……….. Brainstorming over what they had to take what they did not. 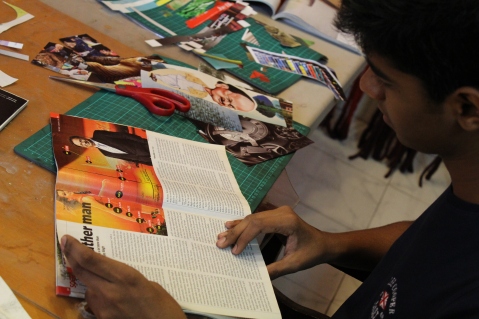 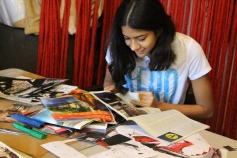 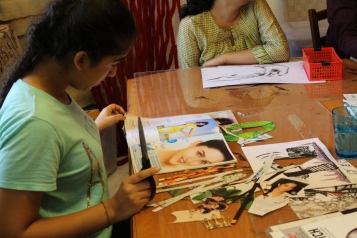 Some of them finished their works baring one or two. 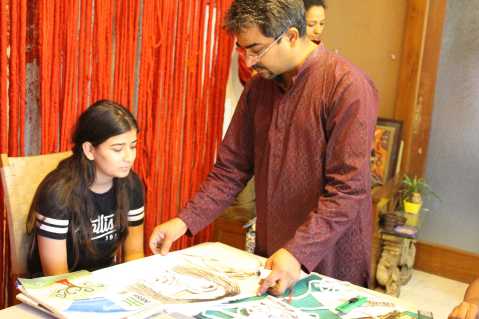 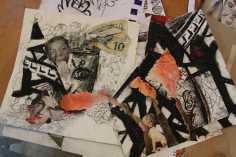 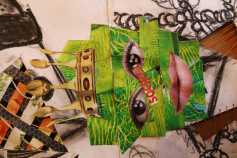 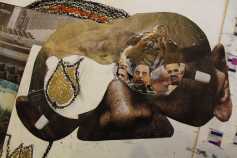 But those who think their work is almost done, they might need to think over ……… because, we never know what our Mentor has in stock for them for the next session?????? 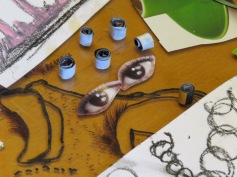 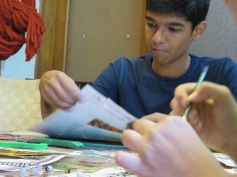 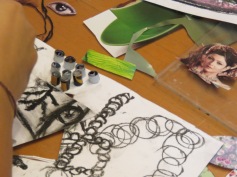 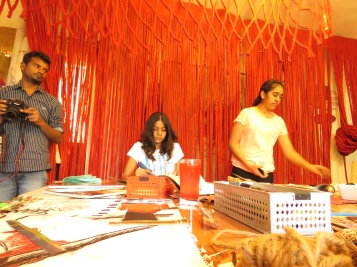