Despite the heavy traffic everyone reached on time.

The sessoin began with the discussion about the artists that each of them were asked to look up. Post the discussion all of them took out the Materials they had collected and began working on their works. 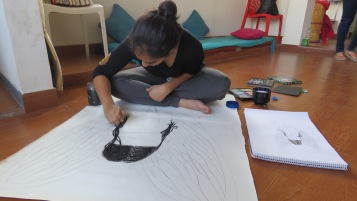 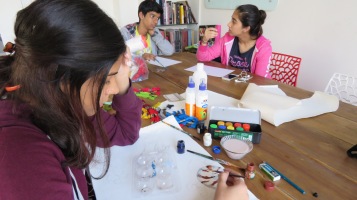 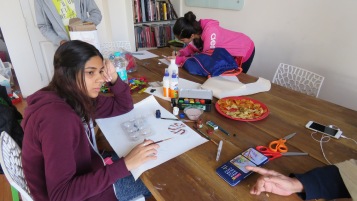 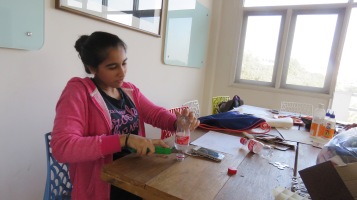 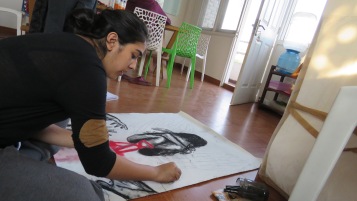 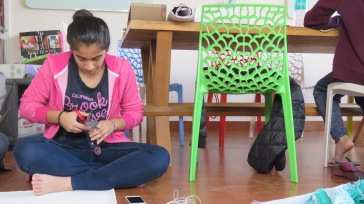 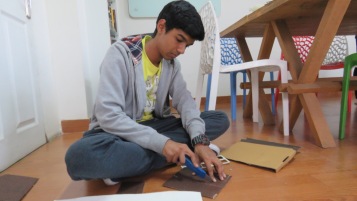 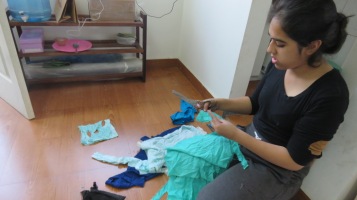 The materials they used ranged from threads, cloth, cardboards to found objects.

All of them worked on ideas that interested them, some worked on social issues, where as others indulged in surrealist landscapes. Some tried their hands on embroidery for the first time. 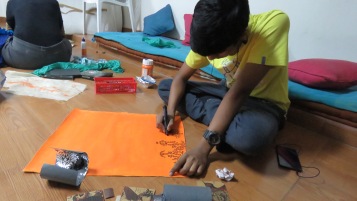 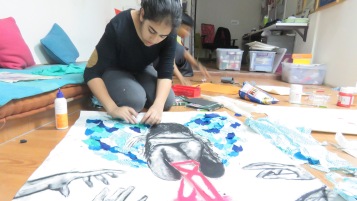 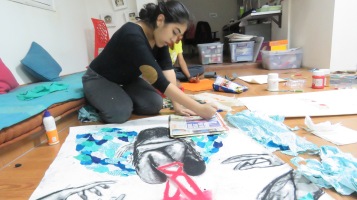 They were supposed to complete their works in the next session.