We are living in the time of greater environment crisis. Our land, air, and water are heavily polluted. It has become so common and dangerous that we have even turned a blind eye towards the issue. As if it is not happening. Many rivers in our country are extremely polluted. They churn out chemical foams. The thick smog in many parts of the country have risked thousands of lives. Have we ever thought what can we do about these issues? As artists, curators, teachers, pedagogues, art lovers how can we use art to raise our voice against this situation. Most importantly, how can we use curation to address this issue? How can we shake up people who are ignoring this ecological disaster? Can curators and artists across the world come together and imagine a possibility to create an awareness, and throw some light on the magnitude of the situation? Art and curation are not only to create beautiful exhibitions, but they are also tools for social change. 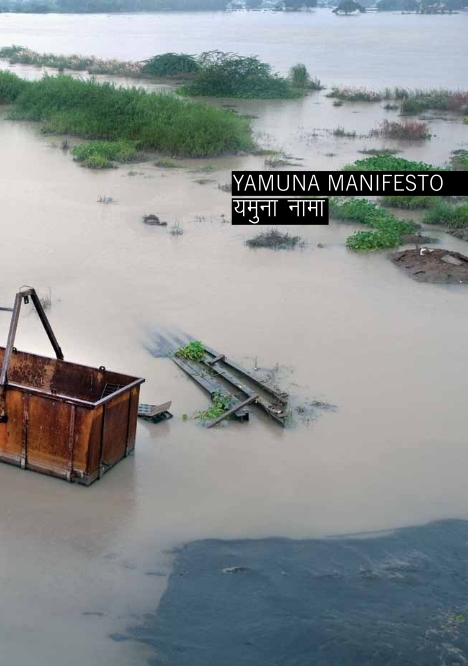 In this issue of Art1st’s “The Curator” series we discuss about the ‘Yamuna-Elbe. Public.Art.Ecology’ curated by Ravi Agarwal (Delhi) and Till Krause with Nina Kalenbach (Hamburg). We will see how by bringing two rivers from different countries Yamuna and Elbe, curators have tried to connect the ecological issues. We will also see how artists from these two countries created art projects by their involvement with these two rivers.

Ravi Agarwal is an artist, environmental activist, writer and curator. He has pursued an art practice integrally with his other pursuits. His earlier work, in the documentary oeuvre, encompasses ‘nature’, ‘work,’ ‘labour,’ and the ‘street.’ His current interest span questions around ecology and society, urban space and capital in interrelated ways. He works with photographs, video, and public art.

This was a public art and outreach project initiated by the Ministry of Culture, Hamburg, and carried out in the framework of “Germany and India 2011-2012: Infinite Opportunities”.

The participating artists in the two cities were:

Delhi: Asim Waqif, Atul Bhalla, Gigi Scaria, and Sheba Chhachhi from India and Nana Petzet and Jochen Lempert from Germany, with contributions by Vivan Sundaram and Till Krause.

River Walks: Historians such as Sohail Hasmi and environmentalists such as Vimlendu Jha will conduct walks around the Yamuna as well as Delhi’s water systems to sensitize the general public as well as school children to their natural heritage and the impact of urban development on it.

Public Discussions on subjects related to the river and the environment will also take place.

Films and Musical Concerts: Films on the water and the Yamuna will be screened. A classical musical event will be organized by the river Yamuna. 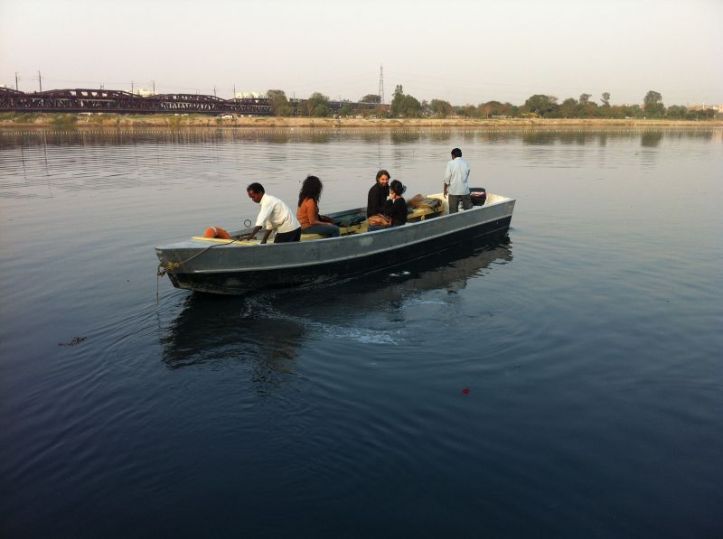 According to Ravi, “With the city appropriating the river back into its gaze, there is fresh demand to ‘clean’ the river, especially from the city elite. This is the new ‘view.’ Though there have been major plans and a huge amount of money already spent to clean the river in the past, all have failed. The current proposals however are the most ambitions in terms of resources needed. There are demands to channelize the river to a small narrow flow, instead of the wide riverbed. This, it is said, will allow land to be freed up for fresh commercialization and urbanization. Linked to the idea of a clean river is the new requirement of land for those who can afford such housing and it is invested in by international capital. It is no surprise that the Commonwealth Games village has been built by a large international developer and its flats are being allotted to the rich and powerful.”

The exhibition connected two different rivers, and two cities but with an interconnected future. It emphasized that river ecologies have been cradles of civilization and some of the most vibrant cities in the world lie along them. Today as local interconnectivities become more global, contesting views of the river, predicated on technology and capital have emerged. Rivers are increasingly seen as mere water channels, or even real estate. New threats of climate change have complicated the challenge. This exhibition tried to foreground these issues. 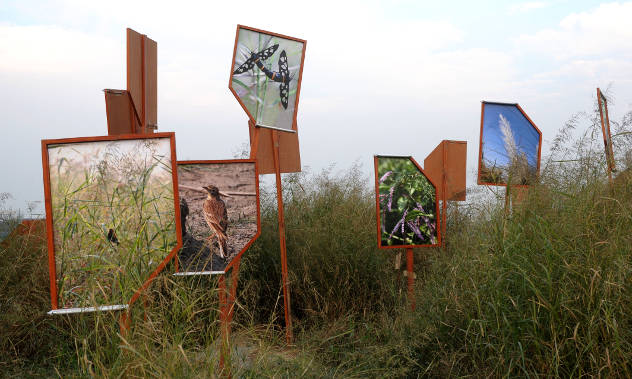 Project partners for the outreach and educational activities included:

Let us discuss how can we use art and curation to address issues of environmental crisis. How can we do an exhibition on the ecological crisis. Feel free to share your thoughts, comments, and suggestions.