MAP THE TRAIL: a children’s workshop

An Art1st Foundation Workshop in collaboration with Bhubaneshwar Art Trail

The crossroads at the beginning of the Bindu Sagar Road instantly became our adda. We were there at 8am on the first day, ready to explore. Priyam found fascination in the life that buzzed on the road that led around the block and back to the sea green Kedarnath library. Likla was drawn to the solitude of the Uttareshwar temple courtyard that rested by the lake. And thus, left and right, the two paths were drawn. 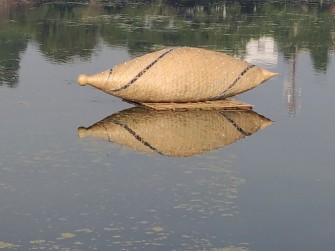 The sessions began with a few quick activities that broke the ice and brought the children into the space. A clapping game involved their complete attention and an observation exercise prepared them for how to look for details in the journey they were about to undertake.

As the two groups began to walk, accompanied by an Art1st Facilitator, a Bhubaneswar Art Trail Volunteer and a schoolteacher. Though the sun beat down on our heads, each participant was engrossed. With a pencil in hand they sketched or wrote down what caught their attention on the trail. For some of the children it was the temple structures, for others it was the familiarity of names, others yet were drawn to the landmarks and one girl was drawn to the trees that claimed homes along the trails. When we approached the paintings of Subrat Kumar Behera in juxtaposition with the age-old temple structures, there were wows all around.

Upon returning to the workshop area, the young cartographers were presented with an array of art material: oil pastels, sketch pens, poster paints, markers, clay, colorful strings, tinted sheets and cartridge paper. They were free to make use of any of these to represent their experience on the trail. A few of the children wanted everything while others were selectively aware of what they wanted to use. 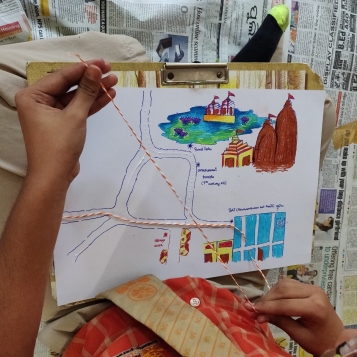 When they sat down to create they were posed with yet another challenge. They couldn’t use some of the conventional approaches to starting an art piece, so, no border, no marker outlines, no erasers and no rulers. Confusion abounded, but only momentarily. They revaluated and quickly got to work. It is remarkable how each one knew exactly what they wanted to create without worrying too much about what their friends were making. 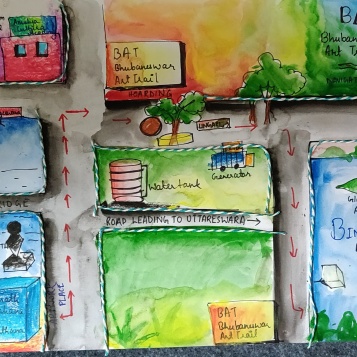 Their artwork is now on display at Guajhar on the Bhubaneshwar Art Trail. Can you make out which route they took? 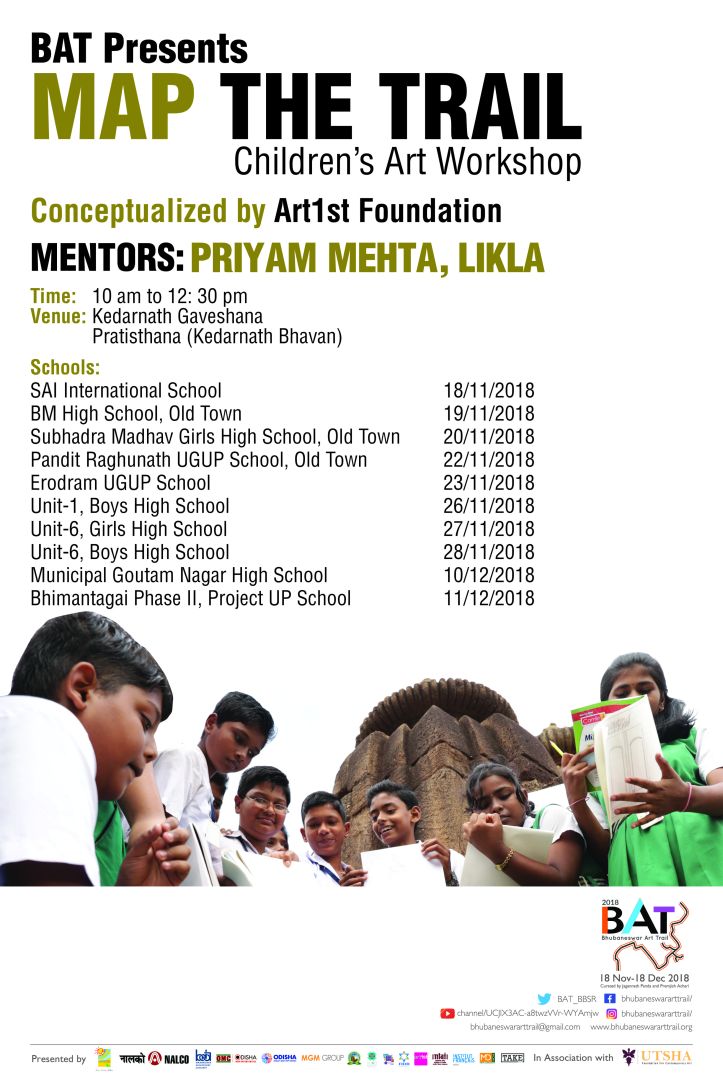